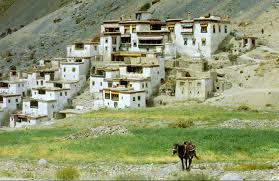 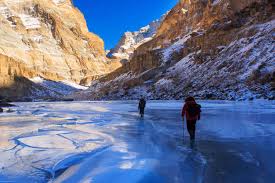 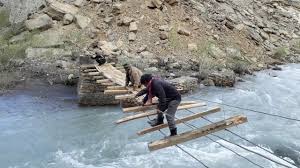 Lingshed is the headquarter of Singelalok block in the Leh district of Ladakh, India. And is located in the Khalsi tehsil. Till very recently it was only accessible by long and arduous clims across mountain passes and aws a hidden monastery, chiefly famous due to its status on the frozen Zanskar river trek called Chadar.

In one of the most remote regions in the world, you’ll find the isolated village of Lingshed and a stunning 1,000 year old monastery.

Loads of people travel to Ladakh in summer, but few ventures here in winter season and Lingshed village trek, one of the most exhilarating experiences in this desert plateau. The experience of walking on it, past sky-touching cliff covered by snow, will forever remain etched in your memory.

The Linshed village has been inhabited for almost one thousand years and it was popular in the past as a hunting village which was a source for the name, Lingshed.